blog, cartoon, The Making Of 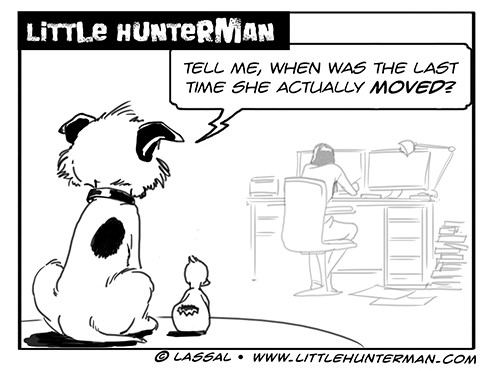 Some of you might remember that Lassal experimented around with my cartoon/comic a year ago (mainly to test some new hard- & software). But then she got too many new job-assignments and did not know where to go with the cartoon anyway (at least that’s what she told everyone – although I NEVER BELIEVED THAT!!!) anyway … She put the cartoon aside and I could not get more out of her than a promise that she would THINK about it again, later.

Right now I think she is getting a bit bored with her other work, so she promised to set my website up again!

And I’ll let you know about everything, because … well, she’s sort of busy still, and the more tasks I do myself the less she has to do, right? And we do not want to give her any excuses for quitting.

So this is between us, ok? You and me? Better not tell her we are talking about her behind her back. When she’s overworked, she can be really moody. I do not want to risk that.